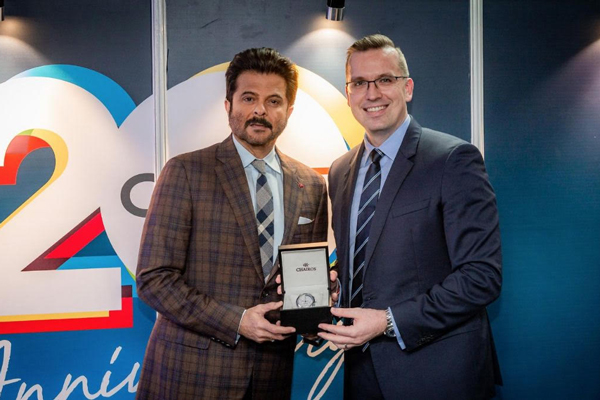 Asian direct selling firm celebrated its 20th Anniversary amid great fanfare in presence of over 15,000 distributors from across 70 countries

India, 08 May 2018: Prominent Asian Direct Selling Company QNet’s annual convention ‘V- Malaysia 2018’ concluded amidst great fanfare in the presence of more than 15,000 entrepreneurs from around the globe, including nearly half of them from India.

‘V-Malaysia 2018’ marked an extraordinary experience for participants as the company celebrates its 20th anniversary this year. The five-day event held at the Subterranean Penang International Conference & Exhibition Centre (SPICE) in Penang Island, Malaysia was attended by QNet distributors from across 70 countries.

The convention opened with a colourful cultural extravaganza of music and dance performances, and a parade of international flags by representatives from all participating countries. The following days included a series of training programs, motivational speeches, unveiling of brand new lifestyle products of QNet and various entertainment events. The highlight of the 20th anniversary celebrations was an appearance by Bollywood’s own international star Anil Kapoor, who spoke to the participants about the importance of never giving up. He talked about his own life’s journey that has seen many ups and downs during his 38-year long film career. He explained that consistency and perseverance was key to achieving success.  Anil Kapoor’s motivating words resonated deeply with the participants, who are all entrepreneurs from different parts of the world who face challenges and failures almost every day in their business.

“This convention gives our distributors and customers a chance to experience and test our products in person, interact with distributors from international markets, meet with the corporate team, product and business experts and learn from the best in the business. It is also a great platform to celebrate the spirit of entrepreneurship that direct selling companies like QNet spark in millions of people across the globe, enabling them to improve their lives and contribute to their communities,” said Kuna.

A key attraction this year was the QNet Carnival, which showcased over 30 brands of QNet products in one of the biggest exhibitions ever held by the company. Many of these products sold through the direct selling network of QNet in India are sourced from the SME sector by the company. Bestselling products from QNet’s Indian market such as the QNet-Sharp Air Purifier and the QNet-Kent Water Purifier developed exclusively for QNet were also showcased at the Carnival.

QNet has around 3,00,000 people distributors and customers in India, many of who are  actively building a direct selling, creating self-employment opportunities for many. QNet offers a variety of health, wellness and lifestyle products and services that enhance the everyday lives of its customers around the world.