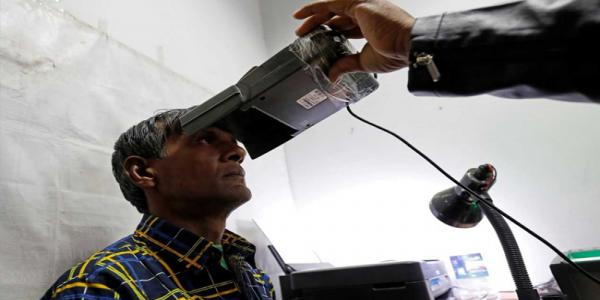 NEW DELHI:The Supreme Court has ruled that for now, citizens do not have to link their Aadhaar numbers to a range of services including bank accounts, mobile phones and passport. The top court said that a biometric ID is mandatory for accessing social welfare schemes and subsidies, but till it decides on whether the government’s demand for Aadhaar to be linked to private and public services is a violation of the right to privacy, the 12-digit unique number given to each citizen does not have to be linked to other services.

Since then, the government of Prime Minister Narendra Modi has been keen to mandate the use of Aadhaar for everything from filing income tax to the registration of mobile phone numbers and booking railway tickets. Aadhaar is now mandatory for welfare, pension and employment schemes. In January, Aadhaar was made mandatory not only for the renewal of passport, but also for new passports issued within three days under the tatkaal category – an order that has been challenged by lawyer Vrinda Grover.

The top court’s stand on Tuesday means that a deadline of March 31 that was earlier declared for bank accounts and mobile phones to be linked to Aadhaar, has now been extended till it decides on whether the Aadhaar Act is illegal. A group of petitioners have asked the Supreme Court to declare the government’s insistence on Aadhaar disclosure as a violation of the right to privacy.

On March 7, a five-judge constitution bench led by Chief Justice of India Dipak Misra said it may not be possible to take a call on the petitions by March 31. It is unlikely that an order will be delivered before the top court goes on vacation in May, lawyers say.

Campaigners and technology experts have raised concern about the privacy and safety of data, the susceptibility of biometrics to failure, and the misuse of data for profiling or increased surveillance.

A group of petitioners have asked the Supreme Court to declare the government’s insistence on Aadhaar disclosure as a violation of the right to privacy. In August 2017, the Supreme Court ruled that privacy is a fundamental right, but made it clear that the decision on the constitutional validity of Aadhaar would be taken separately.

The government says the Supreme Court, in that verdict, accepted that privacy is a fundamental right, but subject to reasonable restrictions.

Critics are worried about repeated data breaches and say the ID card links enough data to create a full profile of a person’s spending habits, their friends, property they own and a trove of other information.