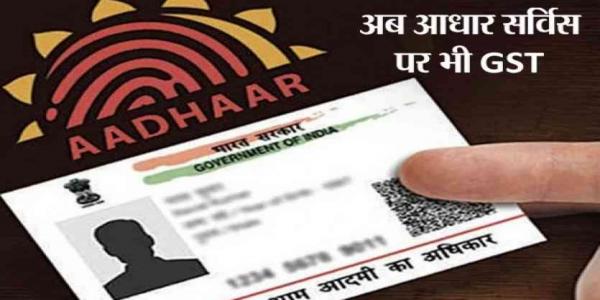 Aadhaar updation to get costlier, UIDAI to impose 18% GST It is to be noted that new Aadhaar enrolment and biometric update of children are still free.

UIDAI has also floated a complaint forum for overcharging. If the centre asks you to pay more, you can report by calling 1947 (toll free) or writing to

After the imposition of 18 percent GST, you will now have to shell out Rs 4.5 more on updation of Aadhaar demographic and biometric details.

Meanwhile, UIDAI has tweeted, “To update details in your Aadhaar, you need to present the supporting documents”. However this will not be applicable for mobile number, email or biometric updates. To get the updates done, you will have to visit the nearest Aadhaar centre at a bank branch or post office.