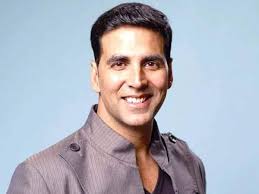 Bollywood actor Akshay Kumar is celebrating his 53rd birthday today. Celebrities, friends and fans have flooded social media with wishes for Khiladi Kumar. Good friend and collaborator Ajay Devgn was one of the first stars to wish him on Twitter. Neha Dhupia, Arjun Bijlani, Rakul Preet Singh, Rahul Dholakia and Dabboo Ratnani among others have also wished Akshay.

The actor will soon be seen in horror-comedy Laxmmi Bomb, which will premiere on Disney Plus Hotstar. The Raghava Lawrence directorial is the Hindi remake of hit Tamil film Kanchana. He also has Raksha Bandhan, Prithviraj and Atrangi Re in his kitty.

Akshay Kumar’s big-ticket film Sooryavanshi, which couldn’t release earlier this year due to the spread of coronavirus, is now expected to have its theatrical release during Diwali this year. The superstar is currently busy shooting for Bell Bottom in Scotland. A spy thriller inspired by true events, the film also stars Vaani Kapoor, Lara Dutta and Huma Qureshi.