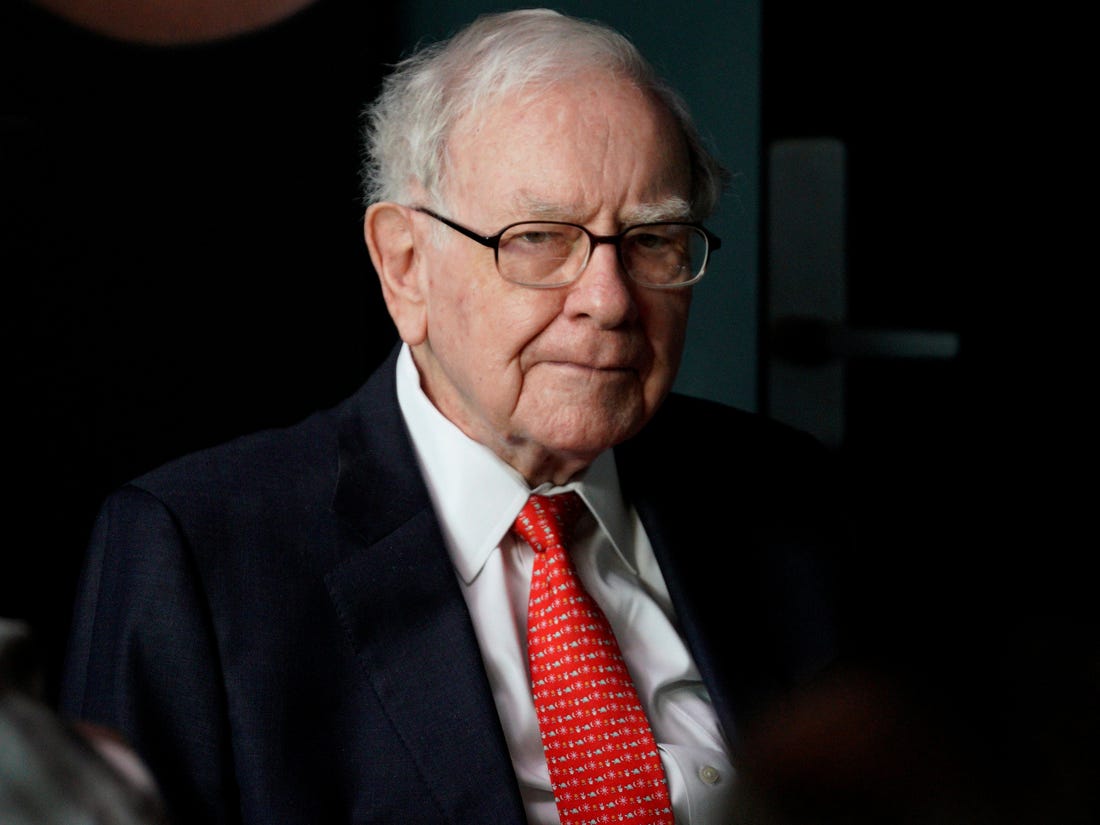 All is not going well for Warren Buffett!

Despite a 40 per cent rally in US markets, where the legendary investor has most of the investments, Buffett is still the biggest loser for Calendar 2020 among the world’s biggest billionaires.

As per Bloomberg Billionaires Index, the wealth of Warren Buffett, Chairman of Berkshire Hathaway, has shrunk by about $19 billion (approximately Rs 1.4 lakh crore) this year. But he still remains the sixth richest person in the world with a net worth of $70.4 billion.

However, the blip in his fortunes may not matter to the Oracle of Omaha. But the sharp drop in his wealth and a number of his recent decisions that did not go his way have made a few of his followers and market analysts cast doubt over his strategy.

“Warren Buffett is no longer the icon that he was. In fact, he was most bearish and still is and he has missed the greatest rally in history. I will make no bones about it,” Sanjiv Bhasin, Executive Vice-President at IIFL Securities, said in an interview with ETNow.

Buffett has been a champion of value investing and encourages people to buy and hold stocks forever.

However, he himself was forced to offload a number of his big investments in the first quarter of this financial year, when the market was in a free fall.

Berkshire Hathaway sold its entire stakes in the four largest US airlines, as coronavirus stalled travel demand. Berkshire was among the largest investors in the four — American, Delta, Southwest and United.

Berkshire posted a net loss of close to $50 billion in the first three months of the year.

Ambareesh Baliga, an independent market expert who has worked with Karvy and Kotak Group in the past, said the investment strategy of holding a stock forever is outdated.

“Earlier, things changed over a couple of decades. Now the speed of change has quickened. Sectors or businesses that look good today may be outdated in less than a decade. So you cannot hold a stock forever and have to monitor it regularly to take a call,” Baliga told ETMarkets.com.

Berkshire owns all of Precision Castparts Corp, a supplier of aerospace parts that’s bracing for lean times as companies making jets are cutting production. Berkshire bought Precision Castparts in 2016 in a transaction valued at $37.2 billion, making it one of Buffett’s biggest deals.

The market’s focus is now more on growth stocks, felt some analysts. They cited the examples of stocks like Tesla, which has grown nearly three-fold in last six months even though it has never reported a profit. The company recently became the world’s most valuable carmaker.

Gaurav Sud, an IITian-turned-value investor who claims to have made money by investing in shares like Unitech and Ashiana, agreed with Baliga that trends are changing fast and holding a stock forever may not be a viable option.

“Buffett did not buy anything during the March meltdown. He likes to negotiate deals to his likings and perhaps there wasn’t much time for that. That was a missed opportunity for him,” Sud, Managing Partner at Kanav Capital, said.

Sud said Buffett’s style of betting on brands, for example Kraft Heinz, is being questioned now. “The biggest advantage with brands is customer recall and distribution. With e-commerce, distribution is no longer a factor and even a startup can compete with an established brand in that space,” he said.

Investors who follow Buffett’s style of investing also feel that the Oracle of Omaha may have become conservative in his bets due to his age. He is 89 now.

“Amid the circle, many people are saying given his age he doesn’t want to take risks. Wealth preservation for him is more important than wealth creation,” Sud said.

However, not everyone on Dalal Street has given up on the octogenarian investor. Nilesh Shah, Managing Director of Kotak AMC, said: “Even (Sachin) Tendulkar will get out on zero once in a while. That does not make him a bad cricketer. Warren Buffett is Warren Buffett, and I don’t think we would be able to say his strategy has not worked.”

Shah attributed the recent under-performance in Buffett portfolio to his disinterest in buying innovation-led businesses.

“In some sense, Buffett is all about businesses that are producing cash flows. In a world that is full of liquidity, many businesses have generated value based on innovation. He owns very few innovation-led companies. For example, he is a friend of Bill Gates, but he has never owned Microsoft. He did buy IBM and Apple, but they were insignificant given his portfolio weight. The world has given value to innovation, which Buffett probably missed out, as they were not generating cash flows in the initial years. For Buffett, probably return on equity is more important than burning capital to create value.”