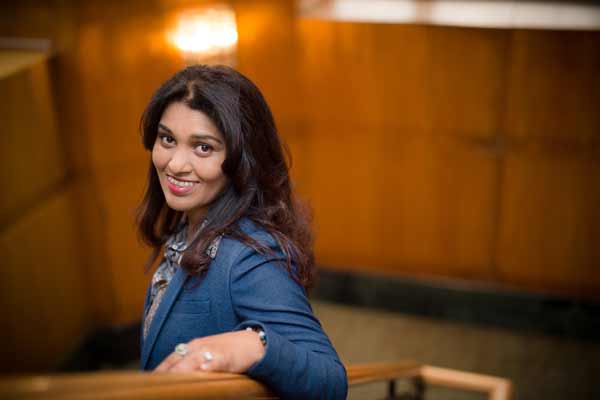 Sharfunnisa Shaikh grew up in a ‘chawl’ and shared a common toilet with the other residents in the small suburb of Pimpri in Pune. She came from a lower middle class family, was shy and couldn’t speak English properly. Money was always tight and life was not easy for her family. Today she is a successful entrepreneur with a thriving direct selling business, travels the world inspiring others, and is a role model for many women.

“I spent the first 13 years of my life in a chawl.where we all shared common public toilets. My parents’ only dream was to put their children in an English medium school. Fortunately, I did well in studies and went on to get a B.Sc in Mathematics. I then worked for many years in financial services,” says Shaikh.

About 9 months later, this friend told Shaikh that he was going for a global convention of the company in Malaysia and he was very excited about it. “That got me thinking. I wondered why someone would want to pay from their own pocket to go attend a convention in a different country unless there was something truly amazing about the company and its business. I couldn’t understand the motivation, says Shaikh. When the friend came back from the convention, this time she sought him out to properly understand the direct selling business model and what she could do to build a similar business. “That was in June 2009 and I haven’t looked back since,” she says.

The beauty of direct selling is that it’s not just about financial empowerment, there is a very important personal development aspect to it. The company provides all its independent representatives with training. “Because of my small town upbringing I had a major inferiority complex. I was shy, was not very fluent in English, fearful of talking to people. All of these traits are a major roadblock when you are trying to run your own business. But the business helped me to develop self-confidence which is an important aspect of success. I became goals driven and motivated to achieve the next level. I wanted to earn respect, equality and dignity and QNet gave me the right platform.” Shaikh reveals, adding, “Today I lead a large team of similarly aspiring young entrepreneurs from different countries.”

Talking about the Model Direct Selling Guidelines, which were announced by the Ministry of Consumer Affairs, Government of India, last year, Shaikh says the guidelines are a great step in regulating our industry and helping curb fraudulent companies.  “I know that QNet has already complied with the guidelines and has also started communicating with all the distributors on the ground about complying with it. A few of us who have big teams have come together and developed seminars and training programs on these guidelines to help the new people joining us understand that there are strict rules and regulations to conducting this business,” she adds.