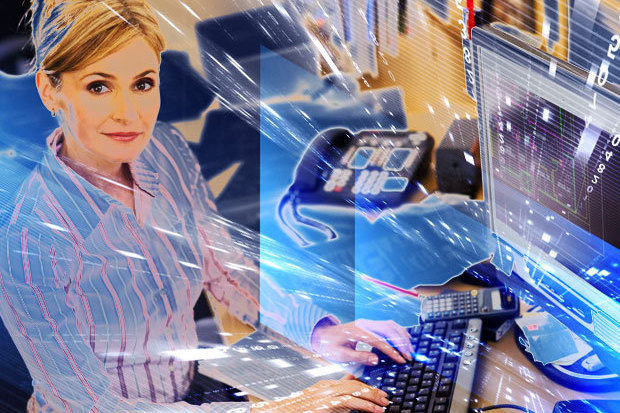 Virtual desktop infrastructure (VDI) is one of those tantalizing technologiesthat looks great on paper, but hasn’t gained much traction over the years for a variety of financial, technical, cultural, even philosophical reasons.

However, a relatively new framework called hyperconvergence, which combines compute, storage and networking in a single data center appliance, could breathe new life into VDI by reducing the cost and complexity associated with a VDI rollout.

Our new gaming site is live! Gamestar covers games, gaming gadgets and gear. Subscribe to our newsletter and we’ll email our best stuff right to your inbox. Learn more here.

What if enterprise IT could get off the expensive and time-consuming cycle of replacing desktops and laptops every two or three years, then constantly dealing with patching, updating and maintaining those devices?

And what if it could essentially eliminate the possibility of endpoint data loss?

With VDI, the operating system and all applications are hosted on virtual machines (VMs) running in a secure data center. Companies save on hardware costs by deploying inexpensive thin clients, repurposing old desktops or taking advantage of the BYOD movement and having employees buy their own devices.

Data is not at risk because the virtual desktop doesn’t have a hard drive. VDI offers the benefits of centralized management. And VDI enables employees to securely access their virtual desktops at any time from any location on any device.

VDI requires an end user device, network connection and VMs located in the data center. Typically, the virtualized desktop is equipped with nothing more than flash memory and a display protocol client like Microsoft’s RDP, VMware’s PCoIP or Citrix’s HDX.

In the data center, IT administrators create pools of identically configured VMs for specific job functions. When an end user establishes a session, the connection broker assigns the session to an available virtual desktop from the appropriate pool.

There are two ways to operate VDI. Persistent VDI provides each user with their own desktop image which is saved for future use. Non-persistent desktops revert to their original state each time a user logs out.

VDI promised to be a huge money saver, but adopters discovered that VDI didn’t reduce costs, it just shifted them. Instead of spending money on new desktops, companies had to upgrade the network to provide the reliability and user experience that employees expected.

Companies then had to add expensive storage and compute power to the data center. And VDI required re-architecting data center assets in order to handle VDI-specific situations like the daily login storm at 9 a.m.

Management is another area where VDI’s purported benefits proved to be somewhat illusory. The notion that IT could create a “golden image” of the end user desktop and update or patch thousands of desktops with one click sounds great.

And it works in specific use cases, such as employees who can do their job entirely within the parameters of that standard desktop image, in call centers, warehouses and retail locations, or with contractors.

But in most other circumstances, real life is a lot messier and less controllable. You have employees with their own devices, running a variety of operating systems. Some employees rely on a legacy or customized app to get their job done. And even employees in the same department might have their own specific mix of applications.

There are two other big cons for VDI. If the VDI server goes down or if the connection to the VDI server is interrupted, nobody works. Second, with VDI, employees can’t work offline because nothing is stored on the device.

Technologically, VDI is easier to deploy today that it has ever been thanks to a range of factors including better graphics, faster chips, cheaper storage, reliable broadband and easier VM deployment and management.

But trying to impose centralized control runs counter to the personalization and customization that employees have come to expect. Imagine telling a Millennial that if they come to work for your company, they won’t be able to use their preferred cloud-based productivity apps or work offline while on a plane, even on their own device.

VDI and the Cloud

Cloud computing has cast a shadow over VDI in a number of ways. First, VDI was originally based on companies having an on-premises data center, but enterprises are increasingly moving their data centers to the cloud, or at least moving to a hybrid cloud model.

You could certainly run VDI from the cloud, but that creates new security, connectivity and cost issues.

And many applications don’t live in an on-premises data center or even in cloud-based servers. For example, for companies that have moved to or are thinking about moving to Office 365, those email and productivity apps live in Microsoft’s Azure cloud. So, how does that affect the golden image?

Beyond that, what makes cloud computing attractive to enterprises is that it’s all about agility and flexibility. Employees want the freedom to take out a credit card and quickly access a new cloud-based app or switch from one productivity app to another. And what about commonplace, on-the-fly situations where somebody wants you to join a WebEx and download a presentation or grab a document from their Dropbox folder?

So, there’s certainly a practical and philosophical side to the question of whether VDI is the right fit for your company or at least which subset of workers would be appropriate for a VDI scenario.

One alternative to an enterprise IT department running its own VDI deployment is Desktop-as-a-Service or DaaS. In the DaaS scenario, companies hand control of their desktops to a cloud services provider.

With hosted desktops, you don’t need to own data-center servers or storage at all. And the DaaS provider takes care of patching, maintaining and updated applications. Outsourcing desktop virtualization to the cloud can provide flexibility, mobility and general ease-of-use for users and administrators.

Of course, DaaS has its own potential downsides. You’re giving up control over your data and trusting a third-party to protect your information. You’re relying on the cloud-services provider not to have an outage that prevents employees from working. And software licensing is an issue with DaaS.

VDI and HCI: Hyperconvergence may be the answer

VDI has been around in one form or another since the `90s, so it’s fair to ask: If VDI hasn’t taken off by now, when will it?

HCI vendors are specifically targeting their appliances at the VDI market and some are offering automated VDI deployments.

For companies concerned about the security of their endpoints or looking for an alternative to the traditional desktop lifecycle, VDI on HCI is something to consider.