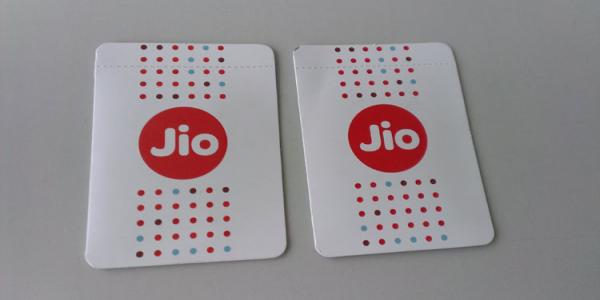 Rs 199 Jio offer impact: After billionaire Mukesh Ambani-run telecom player Reliance Jio launched a new postpaid plan at Rs 199, global brokerage firm CLSA has cut its revenue estimates for Bharti Airtel and Idea-Vodafone. According to the firm, there is risk of Jio’s latest post paid plan on the incumbents. Earlier this month, Reliance launched a new postpaid plan at Rs 199 offering 25GB of data and unlimited voice and SMS. Under the plan, it is also offering international roaming rates of Rs 2/min for voice, Rs 2/MB for data and Rs 2/SMS. Further, it the company is also offering Rs 500/day roaming pack with Unlimited voice/data/SMS.


CLSA has cut Bharti Airtel, Vodafone and Idea revenue and EBITDA estimates by 2%-16%. Further, the research firm has also cut EPS over FY19-21 CY (Calendar Year). The firm has maintained a buy rating on the shares with a target price of Rs 535. Bharti Airtel shares were trading at Rs 364.8.

Earlier, a Jefferies report said that the sharp discount launched by Jio would make incumbents respond to it which may further cut average revenue per user (ARPU) for Bharti and Idea. “This is at 50 per cent discount to comparable packs by incumbents and 60 per cent discount to postpaid ARPUs. We have been concerned on Postpaid as it contributes 20 per cent plus of revenues. With the sharp discount launch by Jio we expect incumbents to also respond and thus expect further decline in ARPU for Bharti and Idea. This is likely Jio’s first offer aimed at enterprise market. Remain cautious on the sector,” the Jefferies report said.

According to the firm, postpaid makes up only 7 per cent of Top 3 operators subscribers, and contribute 20 per cent plus of their revenues. While the ARPU for the segment had dropped 25 per cent it was lower than that witnessed in prepaid, it said.