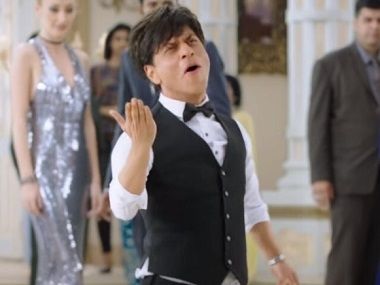 The last month of 2017 and the beginning of 2018 was marked by utter confusion after multiple producers rescheduled their films, mainly because of the Padmaavat drama. However, it looks like the mayhem is going to continue with reports of Dabangg 3 and Zero heading towards face off, surfacing.

Salman’s Dabangg 3 is apparently going on floors in April 2018 onwards and the producer of the film Arbaaz Khan has plans of releasing the film in December 2018 itself. A Times Now report claims that Arbaaz is going to make the official announcement soon. This time the third installment of Dabangg is being directed by Prabhu Deva.

December 2018 will, however, be a busy month for Bollywood as a number of big budget films will be lined up for release. Along with Anand L Rai’s Zero starring Shah Rukh Khan, there will reportedly be Ajay Devgn’s Total Dhamaal, Rohit Shetty’s Simmba starring Ranveer Singh. Naturally, a month with three big releases in the pipeline will leave the distributors in a great dilemma if Arbaaz too announces his film’s release in the same month.

On Dabangg 3’s rumored release, a source said, “The film may very well start rolling in April, and will be released before the end of the year. Which effectively means that there will be a clash between Dabangg 3 and one big project in December. This, unless Dabangg 3 is released on 14 December. Total Dhamaal is releasing on December 7. Zero, which will see Salman in a cameo appearance, will release on 21 December. Shetty’s Simbaa, which is co-produced by Karan Johar, is releasing on 28 December. Since there are only a few important dates in a year, such clashes are inevitable.”