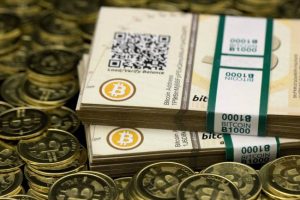 Top banks of the country have suspended some accounts of major Bitcoin exchanges in India on suspicion of dubious transactions.

Banks including leading ones such as State Bank of India, Axis Bank, ICICI Bank, HDFC Bank and Yes Bank are said to have suspended some accounts of top ten such cryptocurrency exchanges/platforms in the country such as Zebpay, Unocoin, CoinSecure, BtcxIndia, among others.

These banks have reportedly asked for additional collateral with 1:1 ratio on the loans the exchanges had taken. They have also capped cash withdrawals for the few accounts which are operational, , the Economic Times reported citing multiple sources.

Though most of the exchanges ET contacted did not respond, Unocoin said no bank has contacted them in this regard. “The banks have not contacted the company or the promoters regarding the actions you have mentioned,” Unocoin Promoter Sathvik Vishwanath said.

Queries sent to the banks taking the action also did not elicit any response.

Eight accounts have likely been suspended after the banks found the funds were utilised for something which it was not intended for.

“Reserve Bank of India has not issued any directive to us – it’s a cautionary move on our part. We are wary about the purpose for which some of these current accounts are being used,” a banker involved in the matter told ET.

The total revenue of top ten exchanges in India could well be worth Rs 40,000 crore and they operate at margins greater than 20 percent, the ET reported citing sources.

The tax department also recently sent tax notices to tens of thousands of people dealing in cryptocurrency after a nationwide survey showed more than USD 3.5 billion (RS 2,234 crore) worth of transactions have been conducted over a 17-month period.

Tech-savvy young investors, real estate players and jewellers are among those invested in bitcoin and other virtual currencies, tax officials told Reuters after gathering data from nine exchanges in Mumbai, Delhi, Bengaluru and Pune.

In recent weeks, Japan and China have made noises about a regulatory crackdown, while South Korean policymakers said they were considering shutting down domestic virtual currency exchanges.

An Indian finance ministry official said a committee was looking into the possibility of imposing restrictions on virtual currencies and that eventually parliament would have to legislate a regulatory regime.