Vehicle registration numbers likely to be linked with Aadhaar 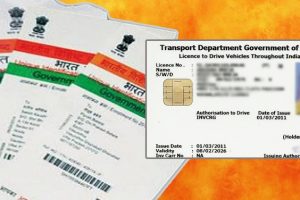 Vehicle registration numbers likely to be linked with Aadhaar

In a bid to impove road safety and make tracking of vehicle that violate rules, a panel setup by the ministry of home affairs (MHA) has suggested that a central body be set up to maintain data on motor vehicles by linking their registration numbers to the Aadhaar numbers of their owners.
Representational Image
Representational Image The panel hasn’t directly recommended linking motor vehicles to Aadhaar, but suggested the creation of a Central Repository Body (CRB) at the central government level, said a Hindustan Times report. The move is being seen as an attempt to reinforce security against incidents such as Maoist and other militant attacks on highways, reducing crimes such as robberies and attacks on women as well as road accidents.

Delhi transport minister Kailash Gahlot remained apprehensive about the suggestion and asked if the existing laws permit it.
“The linking of Aadhaar with motor vehicles can help in many things like hit-and-run cases or tracing vehicles but at the same time we are not sure if the current laws will permit mandatory linking of Aadhaar to vehicles,” HT report quoted Gahlot as saying.
In February, the Centre had informed the Supreme Court that it is planning to link driving licences with Aadhaar number in order to weed out fake licenses. Union Road Transport Minister Nitin Gadkari, has in the past, shown a great deal of enthusiasm towards linking the DL and Aadhaar as a third of driving licences in India are bogus. Gadkari feels that Aadhaar linking would help that law enforcement agencies to curb the menace of fake licences.
Source by oneindia…