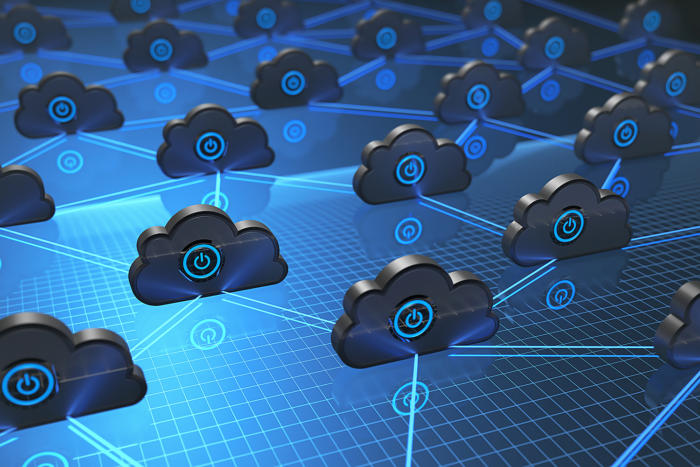 VMware has expanded its portfolio of cloud tools to help enterprises improve the manageability of their public cloud and on-premises environments. At the same time, VMware announced the first global expansion of VMware Cloud on AWS, its joint hybrid cloud service with Amazon Web Services.

VMware has expanded its portfolio of cloud tools to help enterprises improve the manageability of their public cloud and on-premises environments. At the same time, VMware announced the first global expansion of VMware Cloud on AWS, its joint hybrid cloud service with Amazon Web Services.

Complexity is on the rise for enterprises as they expand their use of cloud computing – which often is not limited to a single cloud provider. VMware estimates that nearly two-thirds of companies will use two or more cloud service providers in addition to their on-premises data centers.

VMware Cloud Services are designed to provide a consistent set of tools – for visibility, operations, automation, security and governance – across multiple public cloud and on-premises environments. The goal is to enable consistent operations from the data center to the cloud, providing greater visibility into cloud usage, infrastructure costs, network performance and application monitoring, for example.

Our new gaming site is live! Gamestar covers games, gaming gadgets and gear. Subscribe to our newsletter and we’ll email our best stuff right to your inbox. Learn more here.
BE SURE NOT TO MISS:

“The need to support a complex set of new and existing applications is driving cloud adoption, and the needs of the applications are driving cloud decisions,” said Raghu Raghuram, chief operating officer for products and cloud services at VMware, in a statement. “VMware Cloud gives customers unprecedented flexibility to develop any type of application, deploy these apps to any cloud and deliver them to any device, while leveraging a consistent infrastructure across clouds and a consistent set of operations across any cloud.”

Two new products and two upgraded products are among the announcements VMware made today:

The new service – VMware Hybrid Cloud Extension Service for Private Cloud – is geared for self-managed private enterprise data centers. It’s designed to make it easier for enterprises to migrate applications without modification, with little or no application downtime, in environments that span multiple private data-center locations.

VMware Log Intelligence
This new log-analysis service is a single troubleshooting tool that works across private data centers and multiple clouds, including VMware Cloud on AWS. Log Intelligence uses machine learning algorithms and log analytics to scan for anomalies in data center and cloud environments and give IT teams visibility into application behavior and infrastructure health.

Wavefront by VMware
VMware updated its SaaS-based metrics monitoring and analytics platform, Wavefront by VMware, to include 45 new integrations, including GCP, Chef, GitHub, Spark, Nginx+, and Mesos. In May 2017, VMware acquired Wavefront, which specialized in monitoring complex applications – consisting of hundreds of microservices in containers with lifespans of seconds – spread across private and public clouds. Wavefront by VMware now supports Kubernetes in Pivotal Container Service, application platform services such as Pivotal Cloud Foundry, and enterprise applications running on VMware-based private clouds. It also now integrates with VMware’s vRealize Operations, a monitoring tool that helps enterprises troubleshoot and plan capacity for virtualized environments.

In addition to the new and updated cloud management tools, VMware announced the European expansion of its AWS offering. VMware Cloud on AWS (the bare-metal cloud platform that makes it easier for customers to run VMware workloads on the Amazon Web Services public cloud) is now available in the AWS London region. After the UK, European expansion will continue with the AWS data center in Frankfurt, Germany.

“Since launching VMware Cloud on AWS just six months ago, we’ve seen tremendous interest from our global customer base and multi-national enterprises. Today marks an essential starting point for our global expansion to deliver unparalleled hybrid-cloud services in major geographies around the world,” said Mark Lohmeyer, vice president and general manager of the cloud platform business unit at VMware, in a statement.

The hybrid cloud model with VMware and VMware Cloud on AWS is a key component of the technology and business transformation at Brink’s, according to Greg Osgood, global vice president of infrastructure and security at the Richmond, Va.-based cash-management company.

“VMware and VMware Cloud on AWS are the foundation of Brink’s global infrastructure,” Osgood said in a statement. “These systems allow the company to easily move workloads between its private cloud and the public cloud, providing agility for production services and disaster recovery. Using these VMware technologies, and with a partnership with Eastern Computer Exchange, Brink’s successfully consolidated its North America data center operations in 2017, and is planning to extend this model to Europe, Latin American and Asia in 2018.”