What is a planetarium? 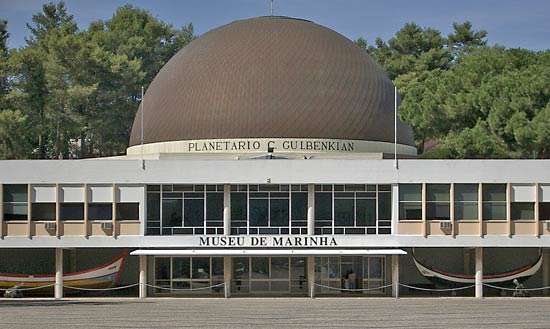 A planetarium is a place where you can go to see what the night sky looks like. Planetariums have a large room with a dome-shaped ceiling and many seats. A special projector in this room can shine images on the domed ceiling and show you the stars and other objects in the night sky. Many planetariums also have telescopes which you can look through and exhibits about space.

Planetarium, theatre devoted to popular education and entertainment in astronomy and related fields, especially space science, and traditionally constructed with a hemispheric domed ceiling that is used as a screen onto which images of stars, planets, and other celestial objects are projected. The term planetarium may also refer to an institution in which such a theatre functions as the principal teaching arrangement or to the specialized projector employed. Planetarium is applied in yet another sense to describe computer software or Internet sites that allow the user to simulate views of the night sky and various celestial phenomena.