What’s Next In Autonomous Cloud Services: Analytics, Integration, And Development 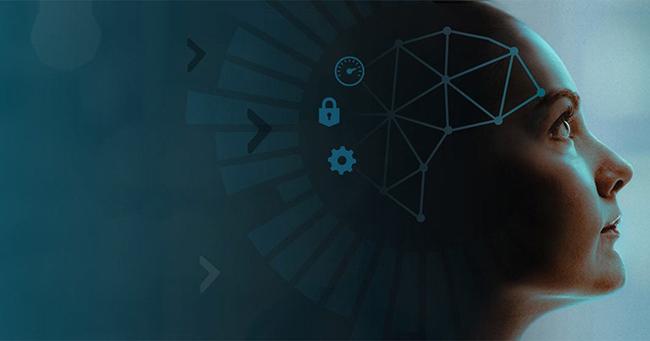 What’s Next In Autonomous Cloud Services: Analytics, Integration, And Development

“Why doesn’t software manage itself?”

That’s the question his team asked about seven years ago, Oracle president Thomas Kurian told journalists at a recent briefing at the company’s headquarters in Redwood Shores, California. In 2018, the answer is now “It does,” in the form of Oracle’s autonomous cloud services.

“For every $1 spent on developing software, companies spend $3 on administering software,” Kurian said. With a vision of reducing this burden and freeing up time for more inspiring activities, Oracle started a four-phase project. “First, let software install itself, and do patches and backup. Second, let software take care of capacity management, adding servers on the fly,” Kurian said. “Third, let software tune itself, observing how queries run on the database, then indexing. Fourth, let it do health management: If the system is not looking healthy, take corrective action.”

These industry-first autonomous systems can also help reduce security risk because systems are patched automatically, rather than waiting for a person to schedule time to do that. “Embedding AI and machine learning in these cloud services will help organizations innovate in revolutionary new ways,” said Amit Zavery, executive vice president of development for Oracle Cloud Platform.

All the autonomous services built on Oracle Cloud Platform reduce human labor, automatically upgrade and patch while running, and scale up or down without downtime (self-driving). They protect from malicious activity and automatically encrypt all data (self-securing). And they boast 99.995% availability, or less than 2.5 minutes of downtime per month (self-repairing).

Beyond that foundation, each of these three new services has been optimized for its audience.

Oracle Autonomous Analytics Cloud, for example, helps business users uncover insights by asking questions without having to write complex queries. Analytics Cloud converts the questions into backend queries using natural language processing, then creates rich visualizations of the answers. All the while, it’s learning from those interactions in order to proactively suggest insights and reveal hidden patterns.

With Oracle Autonomous Integration Cloud, machine learning can help integrate the thickets of systems companies run on—a problem that is only getting thornier. “The problem we’re solving is to make it easy to map those end points quickly,” Zavery said. “We will figure out what schema maps to what other schema in your SaaS applications. We provide a lot of pre-packaged connectors, so customers don’t have to do a lot of that coding.” Most impressively, Autonomous Integration Cloud learns from crowd-sourced data of all executed integrations and then makes visual recommendations of how to connect objects across different systems.

And finally, there’s the challenge of feeding the beast: Keeping up with the insatiable demand for new mobile and web apps. Oracle Autonomous Visual Builder Cloud makes it easier for developers and business users alike to deliver cross-platform mobile applications written in JavaScript and HTML, with code generated via WYSIWYG tooling including Oracle JET, Swagger, and Apache Cordova. Visual Builder Cloud Service also has autonomous capabilities to eliminate repetitive tasks so you can focus on designing, prototyping, and releasing your app. Simply name your server and click the button, and VBCS configures a database, host, and full development platform. Publishing a mobile app is just as simple: All it takes is one click to package the code for iOS and/or Android.

Will professional developers want to use such a visual coding tool? Oracle believes the productivity of visual coding will pay off for serious coders, now that Visual Builder Cloud Services lets developers add their own custom code to achieve richer behaviors. “While VBCS automatically generates code for you, the code is directly accessible for the developers—they can go in and enhance and modify it,” said Shay Smeltzer, director of product management for Oracle. “Basically, a professional developer can think of Autonomous VBCS as a platform that removes the boring part of coding and lets them focus on the more challenging part of development: implementing unique functionality for their organization.”

Make AI Do the Mundane

Oracle announced earlier this month that it plans to release more autonomous services later this year focused on mobile and chatbots, data integration, blockchain, security and management, and additional database workloads, including OLTP.

And expect more autonomous tools to help developers. “We are looking into leveraging more AI to help remove mundane tasks,” said Smeltzer. “So for example, one of the ideas we are working on is being able to scan an image with a conceptual design of a page and generate the HTML to implement it for you.”