Who destroyed Nalanda University and why? 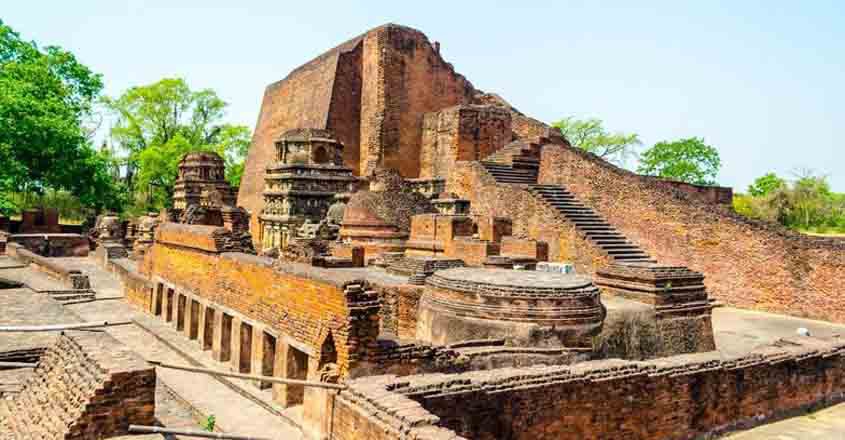 At that time Bakhtiyar Khilji had captured some areas ruled by Buddhists in North India and once he became quite ill. He got enough treatment from his princes but he could not recover and reached a moribund condition. Then someone advised him to show him the treatment of Acharya Rahul Sribhadra, who was head of Ayurveda department of Nalanda University and get him treated. But Khilji was not ready for this. He had more faith in his princes. He was not willing to believe that Indian physicians have more knowledge than his or her masters or maybe more capable.

But to save his life he had to call Acharya Rahul Sribhadra, head of Ayurveda department of Nalanda University. Then Bakhtiar Khilji put a strange condition in front of Vaidyaraj and where I will not eat any kind of medicine given by him. They fix it without medication. After thinking of this, Vaidyaraj accepted his condition and after a few days, he came to Khilji with a Quran and said that he had to read the page of the Quran. And after reading these pages you will free from illness.

After recovering khilji was shocked by the fact that an Indian scholar and teacher had more knowledge than his princes and countryman.

After this, he decided to destroy the roots of Buddhism and Ayurveda. As a result, Khilji set fire to the great library of Nalanda and burned around 9 million manuscripts.

Now, it is also important to know “ Who created the Nalanda University?”

The ruins of Nalanda University are located in the Indian state of Bihar about 52–54 miles southeast of Patna.

It was the center of learning from 427 to 1197 CE. It has been called “one of the first great universities in recorded history.

The Ancient University of Nalanda is believed to be founded by the Gupta Dynasty who was ruling in India. If we look at the Gupta Empire dynasty, Nalanda University was founded around the kingdom of Chandragupta one of Samudra Gupta. In its middle phase of life, Nalanda University was supported by the Buddhist emperors and later in the last phase, by the Pala kings who ruled mostly the south and eastern part of India.

It was a completely residential university believed to have 2,000 teachers and 10,000 students.

The curriculam of the university offered the study of abstract knowledge like Philosophy, religion, Buddhism, and scientific thoughts in astronomy, mathematics, anatomy, etc. in each classroom, there used to be hundreds of students and they were not allowed to go outside until the lecture was over.