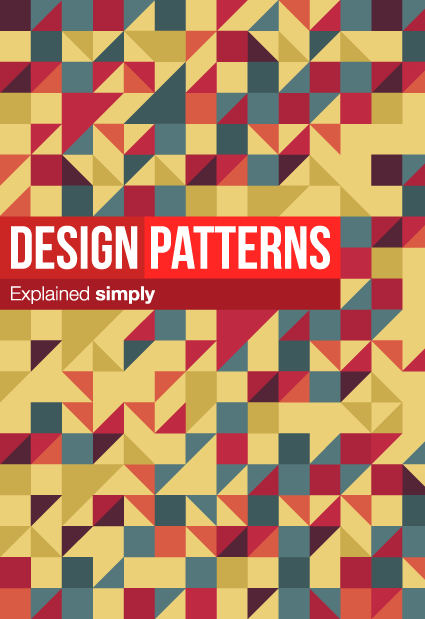 A segment of the client community needs a simplified interface to the overall functionality of a complex subsystem.

Facade discusses encapsulating a complex subsystem within a single interface object. This reduces the learning curve necessary to successfully leverage the subsystem. It also promotes decoupling the subsystem from its potentially many clients. On the other hand, if the Facade is the only access point for the subsystem, it will limit the features and flexibility that “power users” may need.

The Facade object should be a fairly simple advocate or facilitator. It should not become an all-knowing oracle or “god” object.

Facade takes a “riddle wrapped in an enigma shrouded in mystery”, and interjects a wrapper that tames the amorphous and inscrutable mass of software. 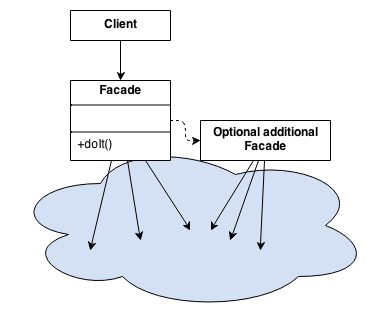 SubsystemOne and SubsystemThree do not interact with the internal components of SubsystemTwo. They use the SubsystemTwoWrapper “facade” (i.e. the higher level abstraction). 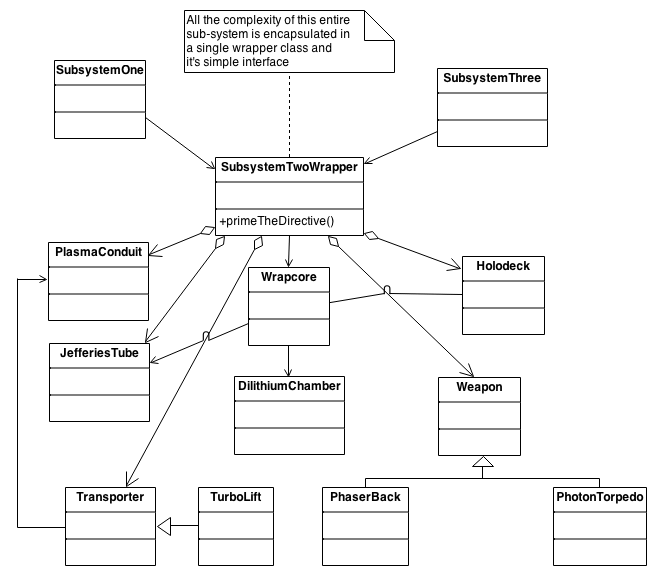 The Facade defines a unified, higher level interface to a subsystem that makes it easier to use. Consumers encounter a Facade when ordering from a catalog. The consumer calls one number and speaks with a customer service representative. The customer service representative acts as a Facade, providing an interface to the order fulfillment department, the billing department, and the shipping department. 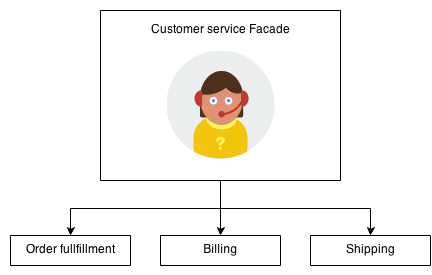 Answer: No! Remember, the Adapter pattern changes the interface of one or more classes into one interface that a client is expecting. While most textbook examples show the adapter adapting one class, you may need to adapt many classes to provide the interface a client is coded to. Likewise, a Facade may provide a simplified interface to a single class with a very complex interface. The difference between the two is not in terms of how many classes they “wrap”, it is in their intent.