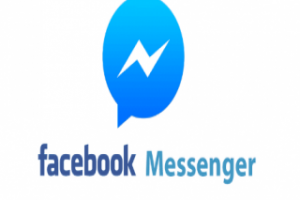 Controversy embroiled Facebook revealed this week that the company snoops on your Messenger conversations— including text chats, pictures, and links—to make sure that you comply with their rules.

CEO Mark Zuckerberg talking to Vox, gave an example of the Rohingya crisis in Myanmar and explained that the company’s systems “detect what’s going on” when people try to send sensational messages via Messenger, and Facebook “stops those message from going through.”

The company later talking to Bloomberg said that in order to prevent the misuse of the app, it processes the content of the messages the same way it scrutinises the content on social media arm. Messages that are flagged for violating Facebook’s community standards are read by moderators, who can then block or take them down if needed.

“For example, on Messenger, when you send a photo, our automated systems scan it using photo matching technology to detect known child exploitation imagery or when you send a link, we scan it for malware or viruses. Facebook designed these automated tools so we can rapidly stop abusive behaviour on our platform,” said a spokesperson.

The revelation may irk some of its users who otherwise thought their messages were not being read by someone else in the middle.

However, the company clarified in a blog post on Wednesday that it does not collect the content neither shares it with its advertisers.

“Call and text history is part of an opt-in feature for people using Messenger or Facebook Lite on Android. This means we can surface the people you most frequently connect with at the top of your contact list,” Mike Schroepfer, Chief Technology Officer of Facebook said.

“We’ve reviewed this feature to confirm that Facebook does not collect the content of messages — and will delete all logs older than one year. In the future, the client will only upload to our servers the information needed to offer this feature — not broader data such as the time of calls.” Facebook revealed on Wednesday that about 87 million users could have been affected in the Cambridge Analytica data breach.