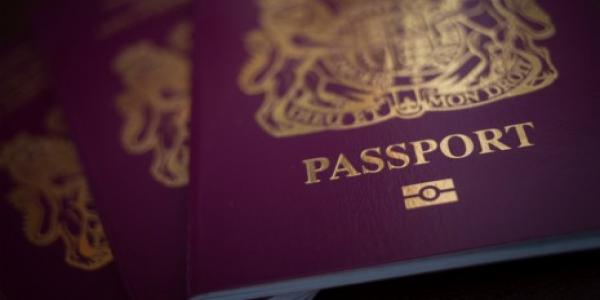 A friend of mine once said that, having spent more than two decades traveling and living all over the world as an English teacher, he considers his passport to be the one thing essential to, and irreplaceable in, his life. In other words, it’s the most valuable single item he possesses.

And now we’re about to see that value go up, as the British Home Office is planning to hike the price of getting a new European Union United Kingdom of Great Britain and Northern Ireland passport (to give it its full, grandiose, and it seems fleeting, name.) In particular, new and renewing applicants will now see greater discrepancies between the price of postal and online applications. If you’re a frequent flyer, better news, with the online price for a larger 16-extra-page passport staying at £85.50 while the postal price leaps to £95.

The less organised (and lucky) among us in need of a same day passport will now be faced with a £177 bill, up nearly £50 from the current £128 bill.

The plans are still to be approved by Parliament – but are expected to be soon, and will come into effect on 27 March 2018. According to the Home Office, “the fees will contribute to the cost of processing British passport holders as they travel in and out of the country, shifting the burden for paying for these services away from the taxpayer – millions of whom do not currently hold passports.” This is on top of the “costs associated with issuing UK passports and for consular support provided to British nationals abroad.”

If you’re in need of a new UK passport or only have one or two blanks pages left, which may mean you can’t visit certain countries, you have until 27 March to apply for a new one. You can apply no matter when your current passport is due to expire and can transfer any time you have left on it up to a maximum of nine months, so you don’t lose the time but could still save on cost.

Remember though, a new passport can take around three weeks to be delivered, so factor in any imminent trips you have coming before you order your new one.

Oh, and these price rises apparently have nothing to do with the other big UK passport change coming in 2019 – when its colour will switch from the burgundy EU version to a ‘British’ blue.